NEW MOON IN LIBRA – This is not your typical peace-loving Libra New Moon (October 6, 2021) 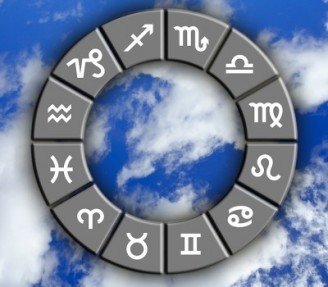 In the Pacific Time Zone, the New Moon will occur at 4:05 a.m. on Wednesday, October 6.  This New Moon finds the Moon and Sun conjunct (0°) at 14° of Libra.  To further clarify how this New Moon will impact you on a personal level, locate 14° of Libra in your birth/natal chart.  The issues associated with that house are going to be most influenced by this New Moon’s presence.

New Moons always provide us with an opportunity for a new emotional start in the areas associated with the sign.  This time, we are focused on Libra.  The higher expression of this sign includes being cooperative, harmonious, diplomatic, social, and patient.  The lower expression can include being indecisive, overly accommodating, or dependent on others.  Because Libra is ruled by Venus, we know that relationships will be an important focus.  However, the symbol of the scales also shows us that the concepts of balance, fairness, and justice may be particularly relevant in our lives.

Normally, the annual Libra New Moon is a time when we want our relationships to be harmonious and our life to be peaceful.  Although this may still be the case for some of us, there are two reasons why this may not be a typical Libra New Moon:

First, let’s address the conjuncts between the Sun, Moon, and Mars.  These 3 celestial objects are so tightly grouped together that we cannot talk about each one separately.  They are working together, and Mars is the factor that may alter the typically peace-loving qualities of the Libra New Moon.  Mars wants action, often at any price.  The typical New Moon in Libra just wants to get along and will seek peace at any price.  Clearly, these can result in very different approaches to meet their goals.  One way this could be expressed is that we actively seek (Mars) that longed-for peace (Libra).  In fact, Libra may quiet the impulsivity that often accompanies Mars.  However, if we feel that our peace is being blocked in some way, Mars is the warrior planet.  It will not be afraid to use assertive or even aggressive tactics to fight for what it feels is fair and just (Libra).  The good news is that Mars will provide us with energy and the courage to try something new, especially if taking a risk will move us toward more harmony and balance in our lives.

Additionally, Mercury is also conjunct (0°) the Sun, Moon, and Mars, but by a wider margin.  Unfortunately, whenever Mercury and Mars are located close together, even within peace-loving sign of Libra, arguments are possible.  However, given Mercury is currently moving in retrograde, those arguments could actually be internalized.  We might argue with ourselves and cause us to become frozen in Libra-fueled indecisiveness.

At the time of the New Moon, 4 out of 10 planets are in Libra (i.e., Sun, Moon, Mercury, Mars).  However, we also have 6 out of 10 planets in air signs (i.e., the 4 in Libra plus Jupiter and Saturn in Aquarius).  Air signs want to think and communicate.  But with so many air signs active and with Mars providing energy to that mix, we need to be careful to avoid overthinking.  Libra naturally has a tendency toward indecisiveness, and overthinking could add fuel to the fire.  For example, if we experience “the paralysis of analysis”, this could manifest as doing nothing, which would be a lost opportunity.  Libra is a cardinal sign, and, as such, it wants to take action and possibly even start something new.  Especially if we begin feeling anxious, frustrated, or angry, we need to make sure we aren’t spinning in our mental juices.  We need to use the energy and not let it get bottled up.

Now, let’s talk about these inconjuncts (150°), which are also referred to as quincunxes.  I usually don’t bring up inconjuncts in my Moon Updates.  It’s an aspect that is considered by some astrologers to be a “minor” aspect.  However, given how “tight” these inconjuncts are, I would be remiss if I didn’t talk about this aspect at the time of this Libra New Moon.

As is true with squares (90°) and oppositions (180°), inconjuncts are not easy.  However, with squares, we can focus on making needed changes; and with oppositions, we can take action to find a balance or compromise.  With inconjuncts, there are no easy solutions.  The way I describe them is that they demand adjustments that involve difficult decisions in which the planets involved will not get everything they wanted and/or needed.  It’s not about compromise.  It means there are times when each side will need to sacrifice something important in order to move forward.

The inconjuncts are between (a) the Sun, Moon, and Mars and (b) the planet Uranus.  Having Uranus involved means unexpected changes or events may come along that are going to require adjustments.  Remember, Libra wants everyone to be happy and to have their needs met.  These inconjuncts are going to require some difficult choices that probably will result in things feeling off kilter for a while.  The new situation will eventually feel normal; but at first, we might feel off-balance.

There are some possible mitigating factors that may soften the impact of the inconjuncts, although only to a certain extent.  With so many planets located in harmonious Libra, this may support us in managing interpersonal situations with as much grace and composure as possible.  Also, Uranus is located in Taurus.  Taurus and Libra share the same ruler (Venus), and this may provide a level of understanding when it comes to managing the inconjuncts.

Which areas of our lives are more likely to be impacted by these inconjuncts?  Well, with the involvement of the co-ruler Venus and the sign of Libra, whatever adjustments are needed may have to do with relationships in our lives.  One example:  We may need to make some difficult decisions in order to find ways to be interdependent (Libra) while still maintaining our independence and freedom (Uranus).

A little advice:  At the time of this New Moon, we have (a) 6 planets and Chiron in cardinal signs, which means we have energy that needs to be used, and (b) all these inconjuncts to Uranus, which is a very electric planet.  Especially if we start feeling overstimulated or agitated, it may be that the energy is not being used or circulated.  Exercise or any physical activity that gets our muscles moving will likely be helpful.

Additionally, several aspects provide both support and challenge to this Libra New Moon:

Overarching this New Moon is the fact that over the next 2 weeks, 3 out of the 5 outer planets (i.e., Jupiter, Saturn, Pluto) and Mercury will be ending their retrograde phases and begin moving direct again.  I just heard another astrologer use the perfect analogy of a bow and arrow.  When planets are in retrograde, it’s like we have positioned the arrow and are slowly pulling back on the bow string.  When planets are about to move direct again, it’s like we have the bow string pulled as far as it will go and are waiting for the time to release the arrow so it can move forward.

The first arrow to be released is Pluto, which will actually begin moving direct on the same day as the Libra New Moon (Wednesday, October 6).  Over the past 5.5 months (since April 27), we may have been re-thinking how we use our personal power in our lives and/or doing some deep healing work.  It is likely that whatever has been learned has been transformational for many of us.  As Pluto begins moving direct again and picks up speed over the next few weeks, we may find that we are ready to share our new insights with those around us.  When Pluto is moving direct, it’s not uncommon for secrets to be uncovered and truths to be revealed.  Only when issues have been brought out of the shadows and into the light of day can true healing occur.  This is a time when we need to be honest with ourselves and with others.  And as we discussed in the last Moon Update, we need to get used to all of this because Pluto will be playing a very prominent role in our lives between now and March 2022.

Then on Sunday, October 10, Saturn in Aquarius is the second arrow to be released when it ends its annual retrograde phase.  For about 4.5 months (since May 23), many of us have been preparing to make changes to structure in our lives.  We may have had to reevaluate some boundaries and responsibilities (Saturn), especially those that limited our freedom in some way (Aquarius).  Now that Saturn is moving direct again, it is time to implement some of those changes that we have been thinking about.  This may feel like a serious undertaking.  But if we have done the work of the retrograde phase, then we are ready to take steps forward on a solid foundation.

Overall, most of us will not experience this as a typical Libra New Moon.  Normally, this is a peaceful time; however, we may find that (a) we need to fight to obtain that peace and (b) we need to make some tough choices in order to maintain some type of equilibrium, which is so desired by Libra.  The catalyst for these tough choices may be unexpected events due to Uranus being involved.  As we have been discussing all year, this is definitely a time of change.  We are all under the ongoing influence of the square (90°) between Saturn and Uranus, and this square will actually continue to be active through much of 2022.  This means that individually and collectively, we are all going through a long-term process in which old structures are being dismantled in order to make room for new ones.  It’s important to remember that we will adapt to whatever becomes our “new normal.”  The changes can feel intense at first, but the alterations to the structures around us are designed to move all of us toward improvements and innovations for the better.  It may help if we remember that short-term discomforts can feel more tolerable when we remind ourselves of the long-term outcome or goal.

Beginning Astrology: Understanding Yourself and Others!